The British pound is trapped in large trading against the US dollar as market participants await the outcome of the FOMC meeting this week. The GBPUSD pair is likely to remain trapped in the 1.4090 to 1.4230 price range until the outcome of the policy meeting is known. Selling a confirmed breakout under 1.4090 or a confirmed breakout above 1.4230 is probably the best strategy for now. 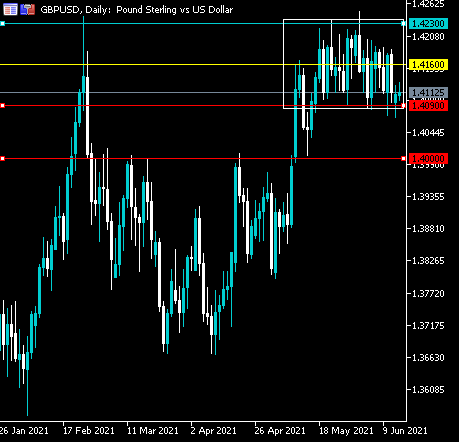